The aircraft interface devices market is expected to witness a CAGR of more than 7% during the forecast period.

Aircraft Interface Devices (AIDs) enable the data transfer between the Electronic flight bags (EFBs) in an aircraft and the aircraft databus. AIDs are hardware platforms aboard the aircraft.

In terms of geography, Asia-Pacific is projected to be the fastest-growing market for aircraft interface devices in the years to come. The region has one of the fastest-growing air passenger traffic in the world, with China, India, Japan, and Indonesia projected to be among the largest aviation markets (in terms of passenger traffic to, from, and within the country) by the end of the forecast period. Simultaneously, with the increasing demand for air travel, the demand for commercial aircraft is also increasing in the region. Airbus currently has around 1,800 aircraft on order with customers from the Asia-Pacific region which is roughly one-third of the company's total order backlog. With such a huge demand for aircraft from the region, the demand for aircraft parts and systems, like the interface devices, is projected to be high from the region. Countries in the region are also procuring military aircraft on a large scale, and with the growth in the economy, it is projected that the region will be one of the key markets for general aviation as well. All these factors are projected to increase the market for aircraft interface devices in the Asia Pacific region during the forecast period.

Astronics Corporation, Esterline Technologies Corporation, Collins Aerospace (United Technologies Corporation), Global Eagle, Teledyne Technologies Incorporated, AVIOBOOK (Thales Group) are some of the prominent players in the market. The market is consolidated with only a handful of players controlling the major share of the market. However, the competition among these players is huge, as every player is trying to attract new customers by bringing innovative technologies in the market, with regular upgrades to their existing versions. For instance, in September 2019, Astronics Corporation announced that they have released a new "extended rangeÓ version of their compact webFB Smart Aircraft Interface Device (AID). According to the company, the new extended-range model enhances the capability of the existing webFB line by enabling real-time, secure data transfer off the aircraft by allowing its use outside of the flight deck. As the industry is still in its initial phase with a lot of scope for innovation, players are investing huge amounts in R&D for the development of new products like the one stated above. The market needs penetration in the military sector as of now, and the players can take it as an opportunity to gain new contracts for military aircraft by showcasing products with groundbreaking features that would help the military applications. 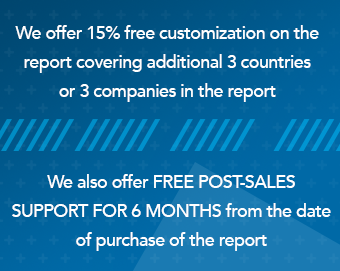